Where do betta fish live in the wild? | Wild Betta habitat

The domestic Betta splendens is a very popular pet fish and many people keep them because of their appealing looks and temperament. But the classic domestic betta isn’t where it all started. If you have been seeing these fish in aquariums for some time, you might wonder where betta fish live in the wild.

Where do bettas live in the wild?

Wild betta fish live in Southeast Asia in the countries Thailand, Cambodia, Laos and Malaysia. A lot of less known primarily moutbrooding wild betta species living on Borneo and Indonesia too. The natural habitat consists of rice fields and often oxygen-poor where they breathe directly from air. 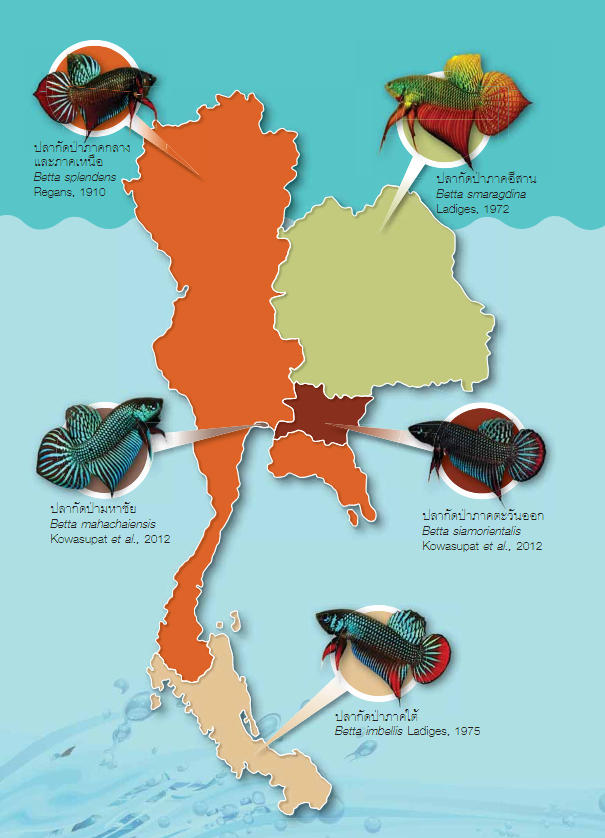 Bubble-nesting species living on main land Southeast Asia are the most expressive in terms of behaviour and colour, mouth-brooding betta species tend to be less agressive. Bubble nesting fish reproduce making a nest of bubbles where the male cares for the fry.

However most known species live on main-land Thailand there are many species that live on the island of Borneo, south of Malaysia. Habitats look different from those in Thailand and are in a more tropical environment since a big part of Borneo is rainforest (it is in danger though!) and there grow other types of plants. The pH can get as low as 3-4. They also live in shallow and mostly low-oxygen habitats. Some well-known species living on Borneo are Betta hendra, Betta macrostoma and Betta albimarginata.

On the islands of Sumatra and Java there live a lot of species. Habitats in Java and Sumatra are similar to those in Borneo. Some common species living here are Betta picta, living in highland streams, Betta bellica and Betta coccina.

Betta fish in other parts of the world

Apart from Asia, there are plenty of betta populations in other parts of the world. There are for example betta fish spotted in Australia and parts of America. All of these fish however are invasive and most likely escaped from farms or released by people. These fish can be a danger for native fish species.

What are wild bettas?

The betta fish living in the wild aren’t the same you see in stores. The Betta splendens, or as I will further call them ‘domestic betta’ in stores are humanly created. This means that all the bettas you see in stores are actually hybrids, which will never occur in nature. It’s often called just betta, but actually the ‘Betta’ is a whole genus of 73 species divided into 13 complexes.

Nobody really knows which species are all mixed to create the domestic Betta, but it will be a mix of species in the B. splendens complex with Betta splendens as the main base.

In terms of appearance, the differences are very easy to see. All domestic species have bright and more ‘artificial’ coloration. Wild bettas such as Betta imbellis or Betta mahachaiensis have a natural green color and most species have a dark background behind the scaling. The fins of domestic betta types such as veiltail and halfmoon are way bigger.

Like pointed out above, wild Betta fish mostly live in shallow water like rice fields, pools and swamps. Because these shallow pools warm up fast the water will be on the hot side, ranging from 74°F to 85°F. The combination of these hot temperatures and water where there is no movement, the oxygen can drop to very low amounts.

Because of these remarkable conditions, bettas have developed a labyrinth organ. The labyrinth organ is a special organ that allows bettas to breathe air and take out oxygen directly from the air. Betta males also use this organ to build bubble nests used for breeding. Apart from bettas, gouramis also have a labyrinth organ and have similar breeding behaviour.

It is a myth that bettas live in nasty puddles and polluted water. In fact, in most habitats there is a healthy ecosystem where many different species live and with lots of plants.

In the natural habitat, tons of plants grow. These plants create some oxygen and provide great shelter. The plants form separated places where males can defend their territory and where it’s very easy for the fish to hide from each other. Because of the combination of lots of hiding places and shallow water, not many predators occur. If you want to keep wild betta fish you will need to have at least some alive plants in your tank to keep them successfully.

The substrate consists of organic materials such as leaves and branches. Due to all these organic materials, bettas have extra hiding places and lots of tannins are released into the water. The tannins  cause it to be brown and have an effect on water parameters like pH and KH too. 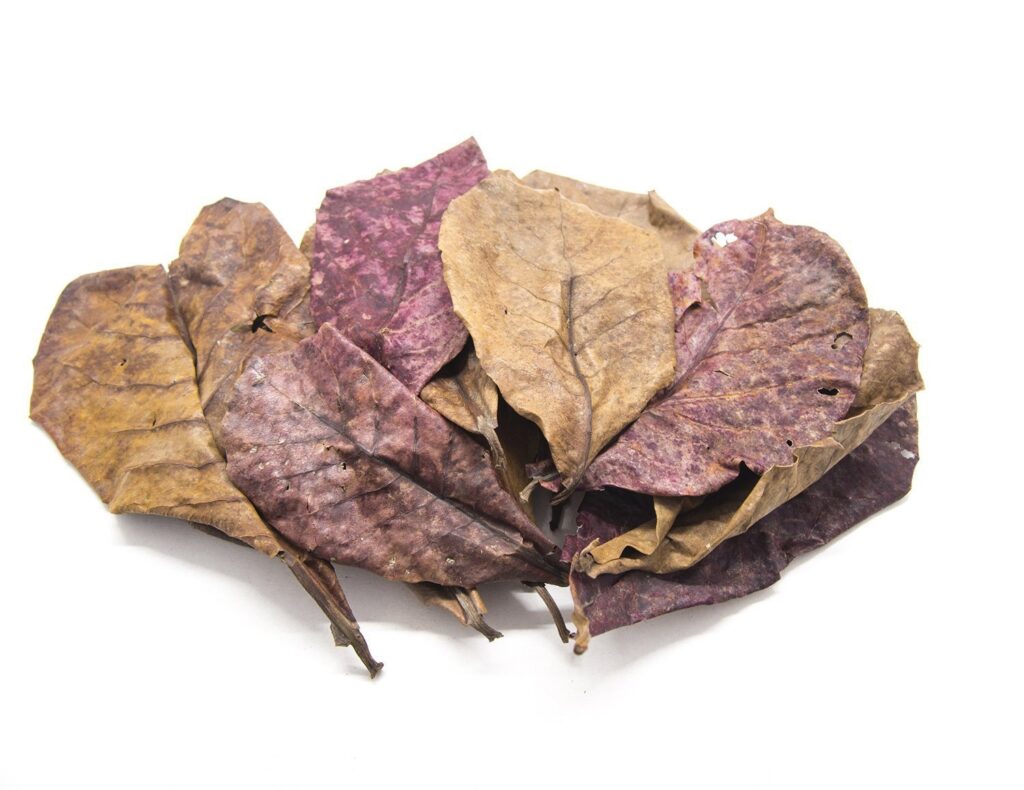 This is why additions such as catappa leaves are great for bettas. Apart from having beneficial properties in terms of health, your tank will look way more natural. By adding organic materials to your tank you will mimic the natural habitat.

Other fish living with wild bettas

Betta behavour in the wild

Betta fish are fully solitary. In the wild males have there own terretory, that can become multiple square feet big. Males will defend their own territory from other fish and defend it by fighting and impressing other fish.

When feeling threatened or when wanting to impress another, they spread out their fins and show off to the opponent. Females are rather peaceful towards each other, but I have seen females flare at each other too. This caused wild betta males develop bright coloration and big fins.

Because the water level is low and there is a ton of natural hiding and vegetation, it rarely comes to a fight until death. When fighting, they can easily get away and get back to the safe hiding places.

Bubble nesting betta fish
The most common betta species are bubble nesters, which means they use a nest built by the male to reproduce. When betta fish mate, the male will build a bubble nest using his labyrinth organ and blowing bubbles. This nest is mostly built in his own territory and he will defend it heavily from other fish. The male will impress the female by flaring at her and if she’s ready, the pair will spawn by clamping each other. The spawning itself can take a couple of hours. After this, the male will scare away the female and care for the fry.

When the fry is big enough to swim free (three days after hatching) they start feeding on small micro-organisms. Things like infusoria (which you can breed yourself very easily). When the fry is a week old, they start taking on bigger prey like daphnia and later all sorts of insect larvae.

A big part of betta fish are mouthbrooding. Species are usually less colourful than Betta splendens compl. species such as Betta imbellis or Betta smaragdina.

In contrast to bubble-nesters, the males hatch and care for the fry in their mouth. After mating, the female will lay which the male will pick up in his mouth. Spawns of bubble-nesting bettas can get up to 350 eggs strong and eggs are very small. The eggs of mouthbrooding species are bigger and batches are way smaller.

Another difference is incubation time. For bubble-nesters it takes only a gew days to hatch in warm temperatures, while eggs of mouth-brooders can take up to two weeks to hatch.

Interesting fact: Betta sp. macrostoma means ‘big mouth’: ‘macro’ means big ans ‘stoma’ means mouth. And it’s not hard to see why it’s called so. All mouthbrooding bettas have bigger mouths because males have to care for fry in their mouths. 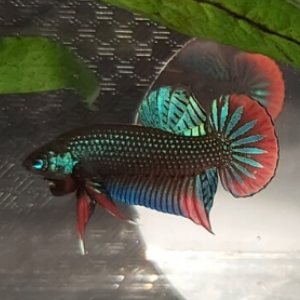 I have been keeping wild bettas for multiple years. I started WildBettaBlog to share what I learned over the years. My mission is to spread the beauty of wild bettas. 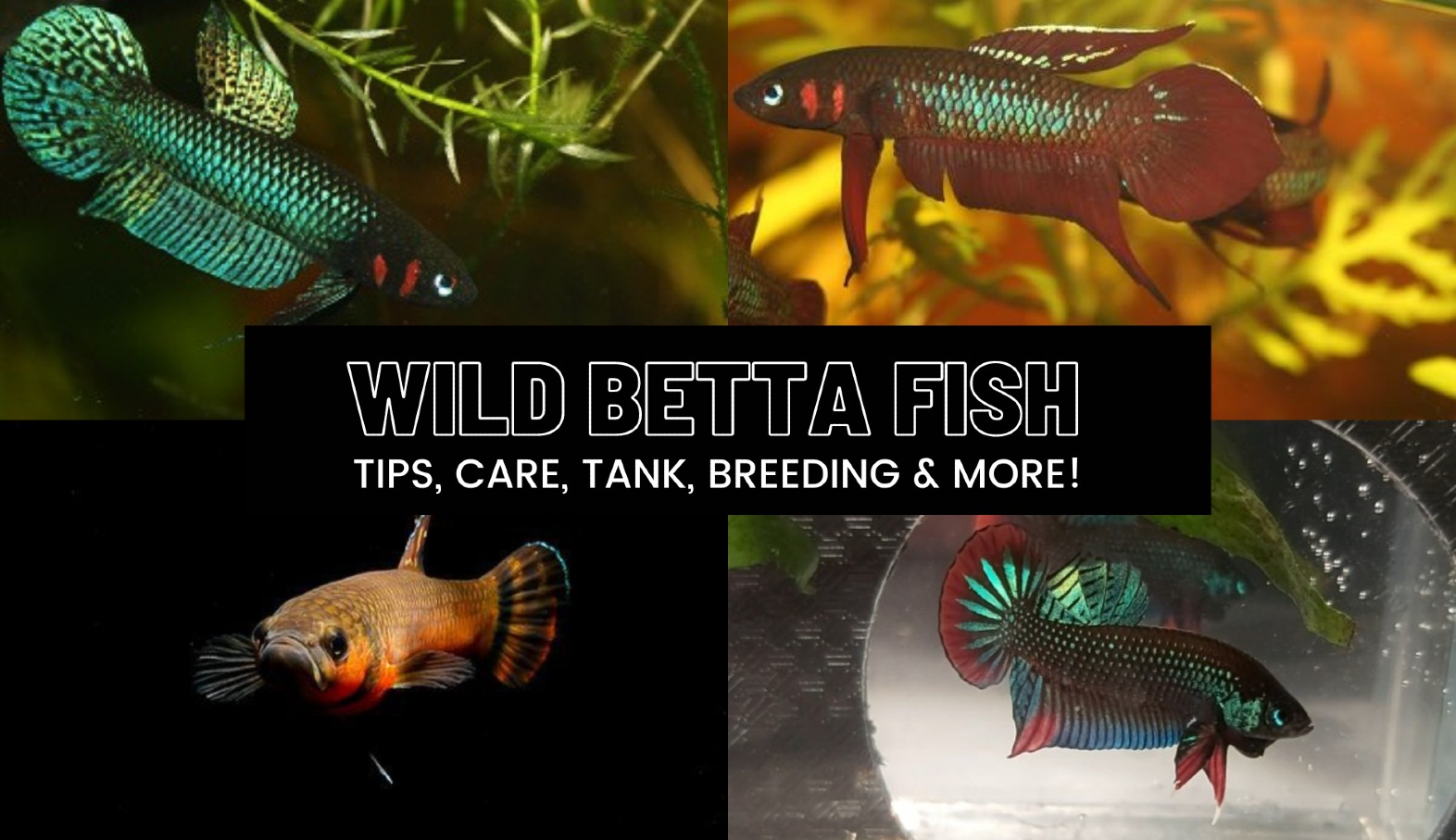 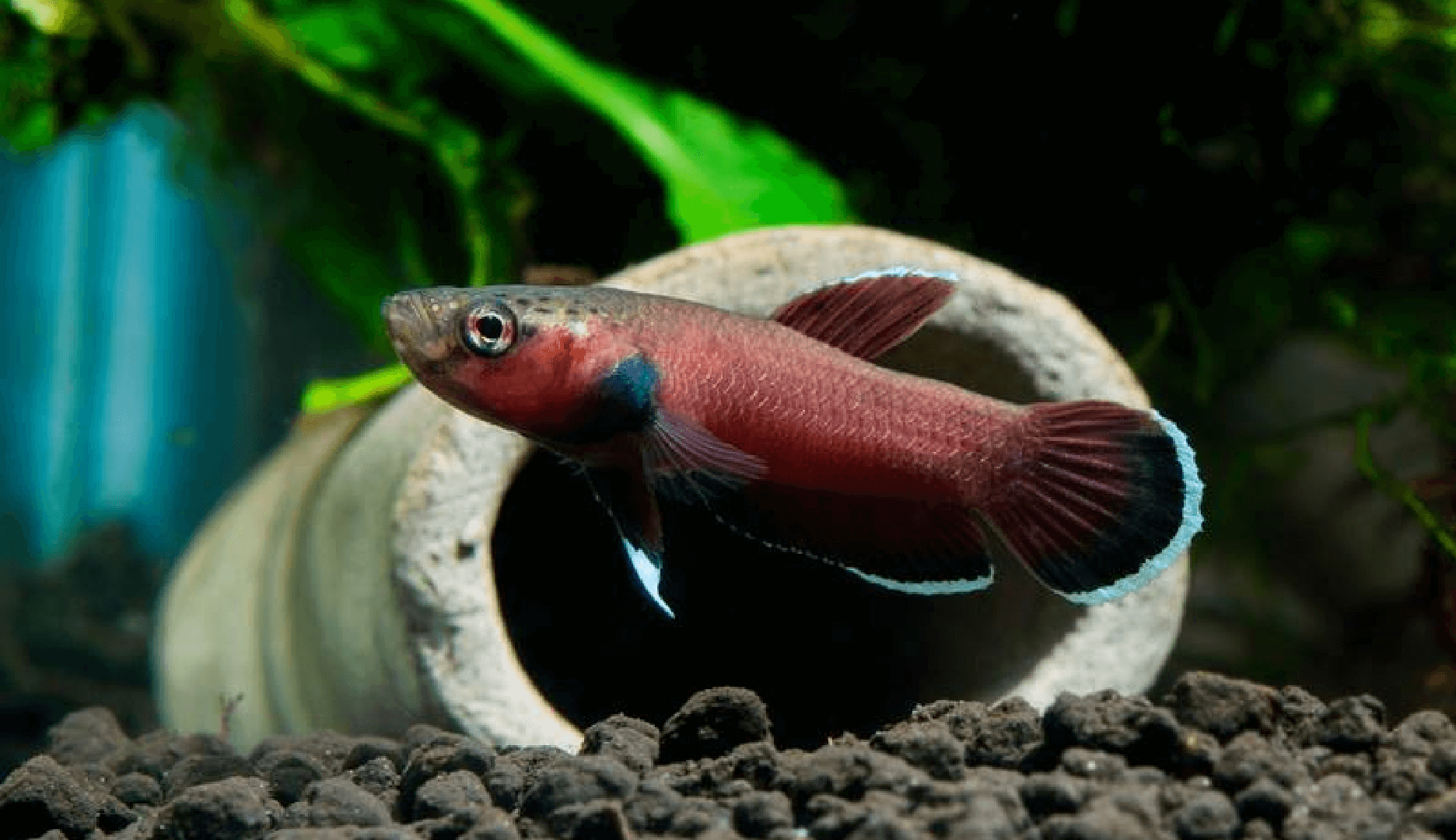 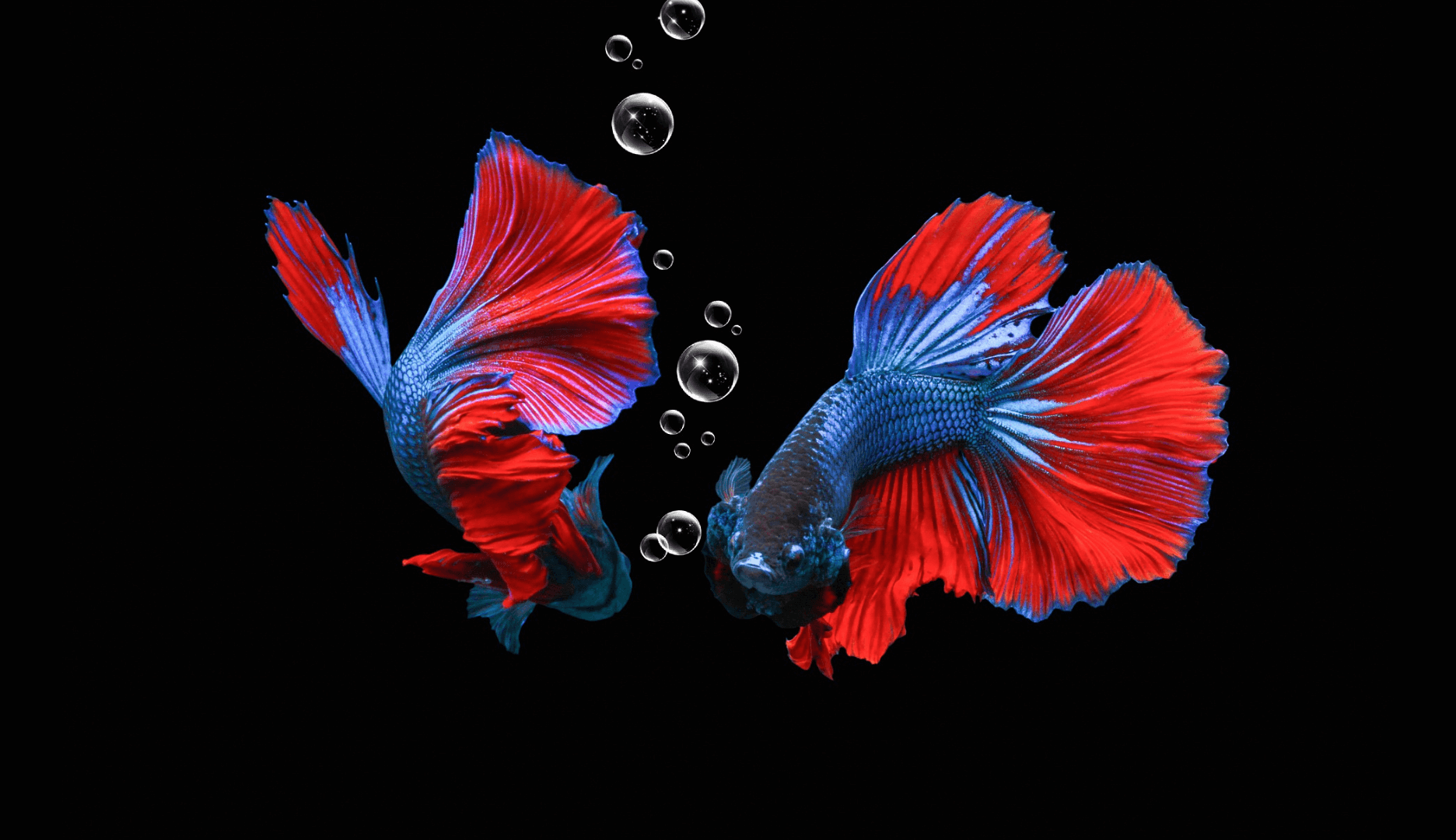 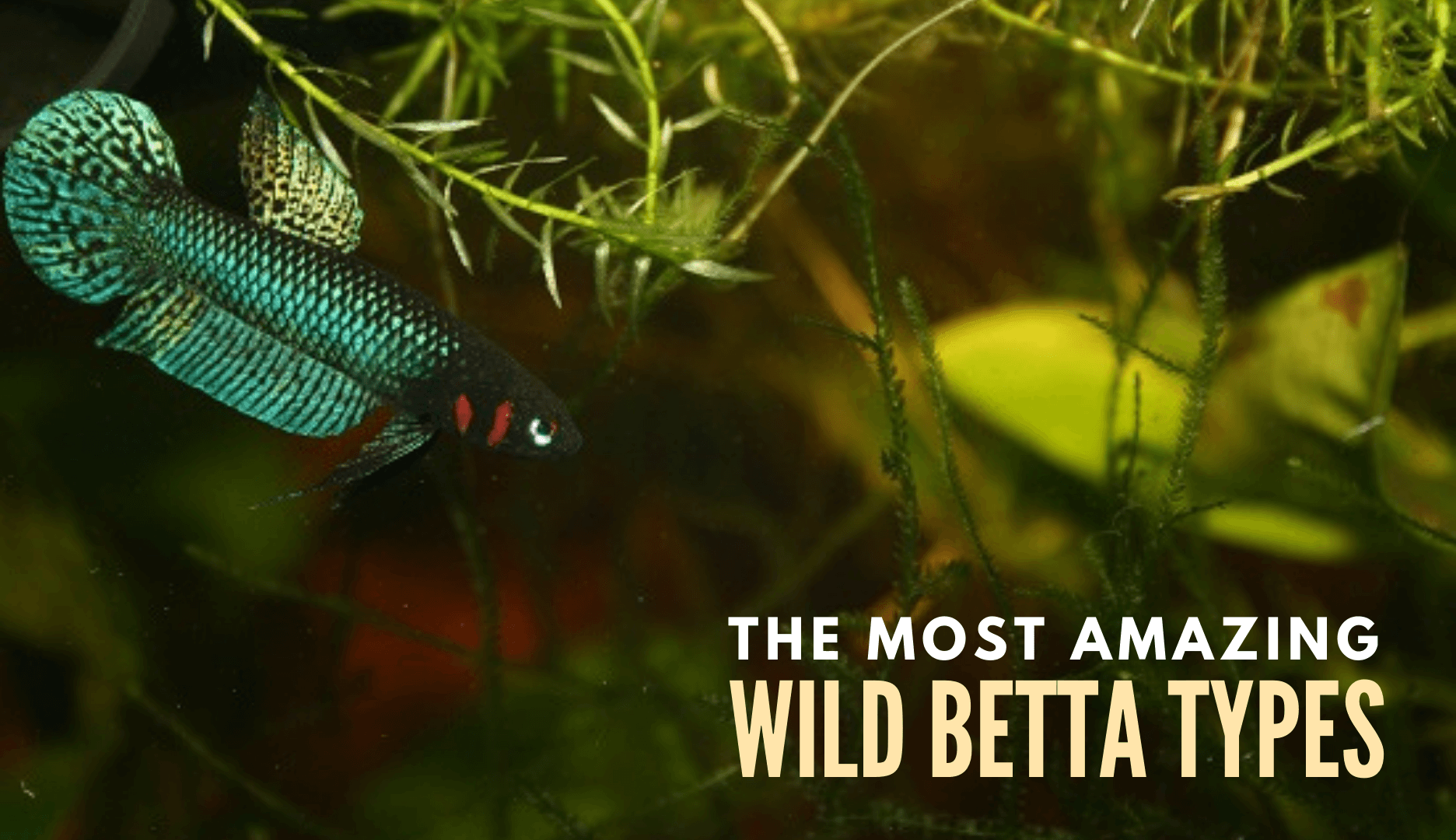 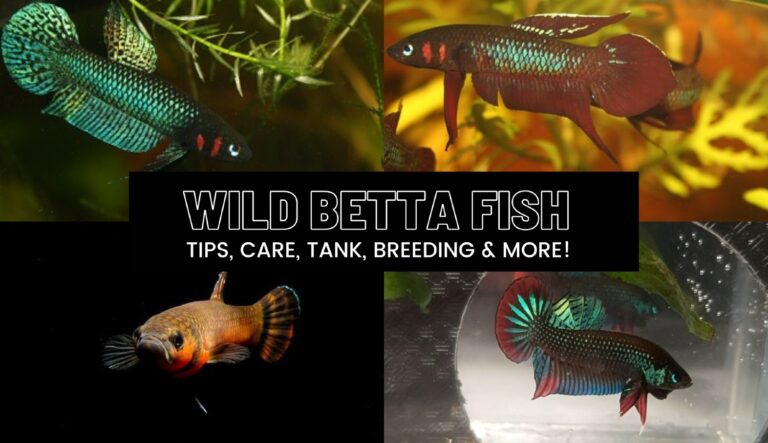 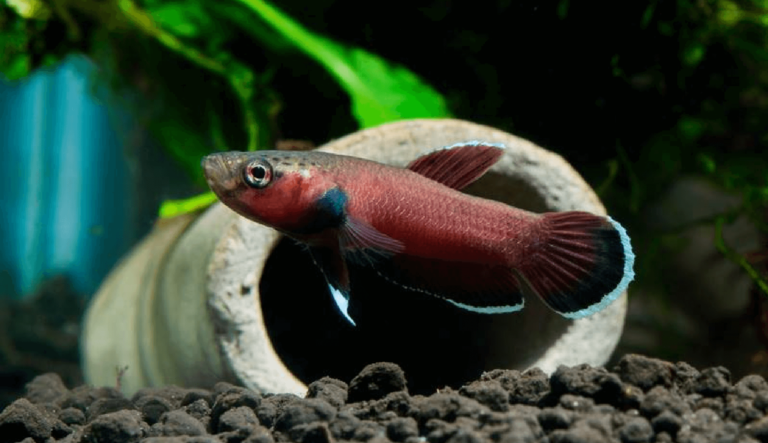 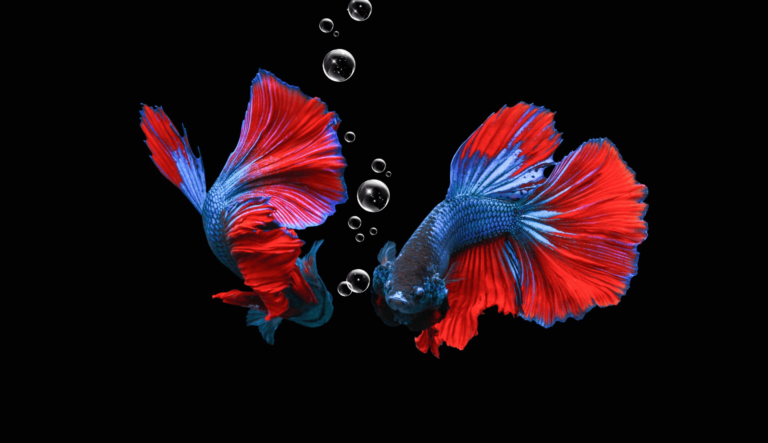 Our goal is to provide quality information on how to care for your wild betta. We want to show the real beauty of all wild bettas and put these amazing fish more in the spotlight.

© 2021 Wild Betta Blog. All rights reserved. None of this content can be used without permission.
Webdesign Websmart.

Get the latest tips, tricks and news.